Our main Harvest service this year was held on Sunday 13th September, from which we supported Woodley Food Bank with a donation of dry goods. Offerings of fresh fruit and vegetables were sold after the service, with proceeds also going to the Food Bank. The church flowers took on a more traditional Harvest theme this year, as can be seen in the following slide show. 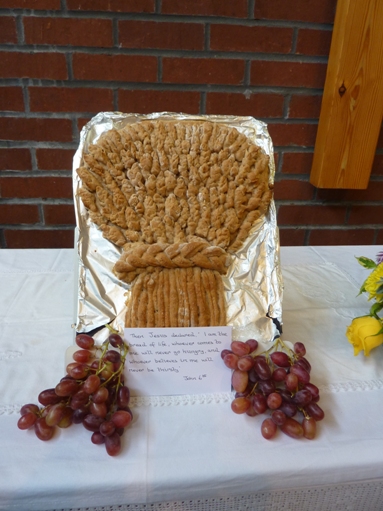 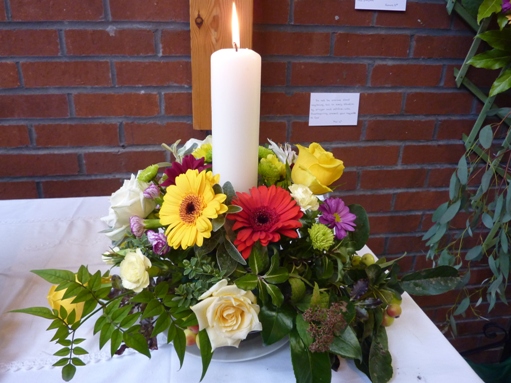 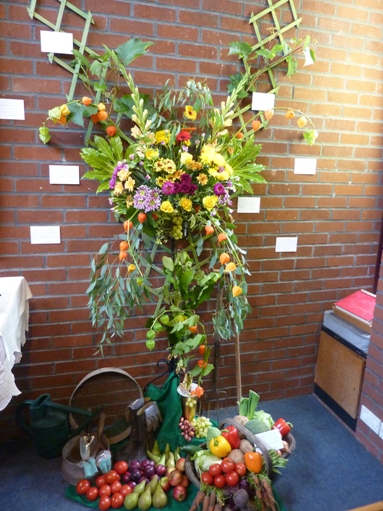 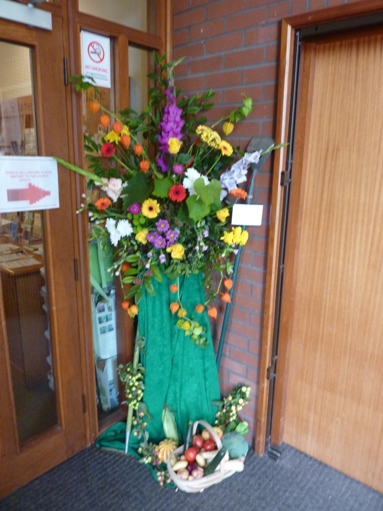 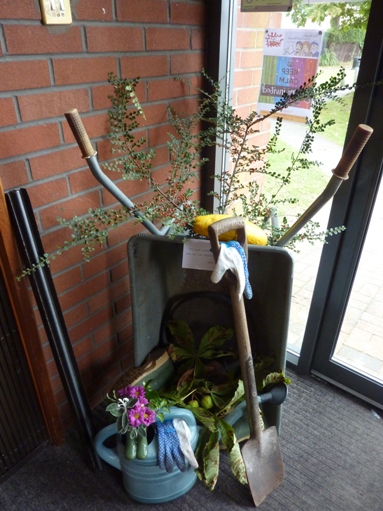 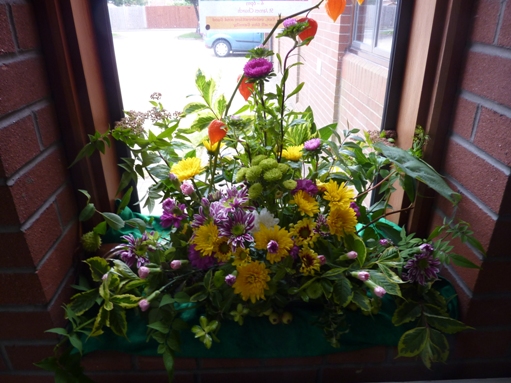 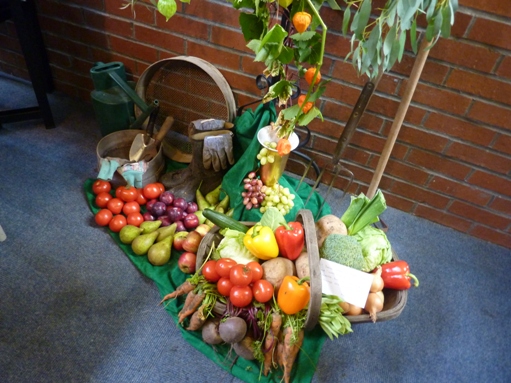 The following day our Pre-School held their own Harvest service during the morning session. It was attended by 20 adults and 20 children, and guests included Nick & Pam, and Margaret Lowe from Rendezvous. There was a short service by Nick & Elaine, and a story by Sheila. Offerings were made of fresh produce & tinned food, and these were presented by Elaine and Sheila to Rendezvous members the following Wednesday, where they were gratefully received. 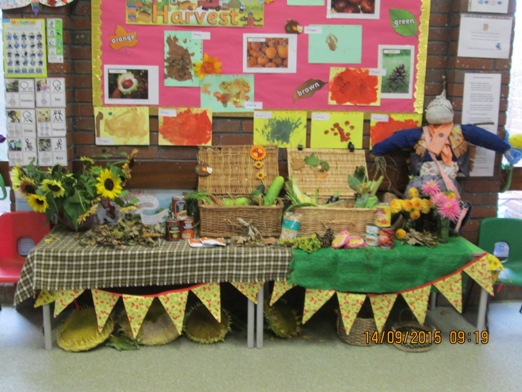 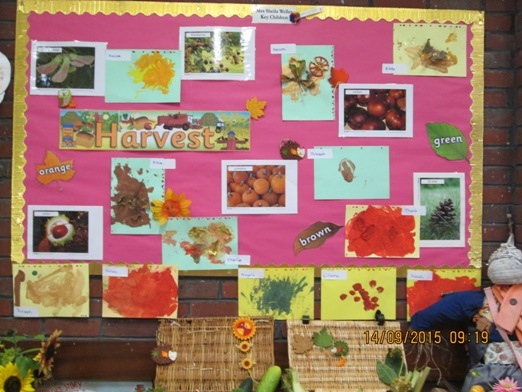 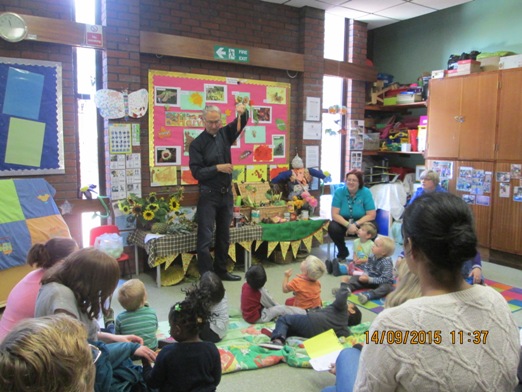 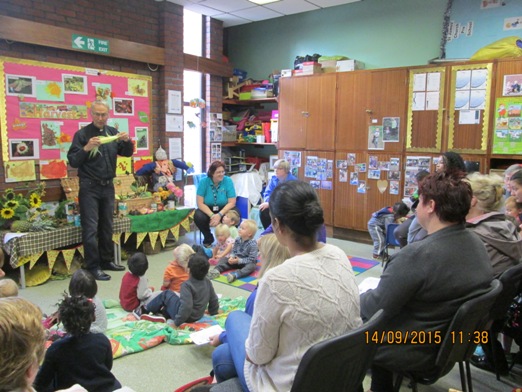 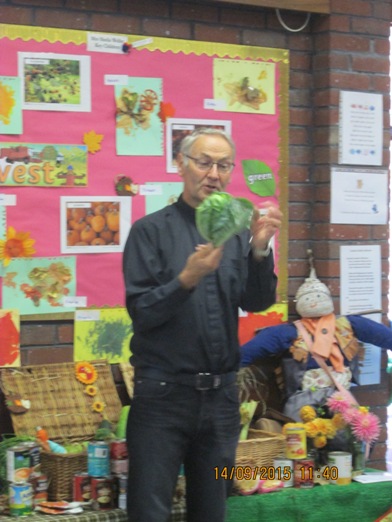 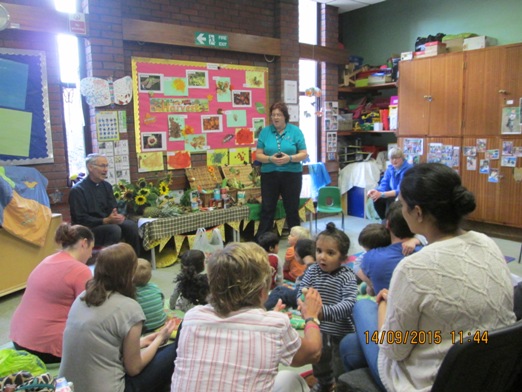 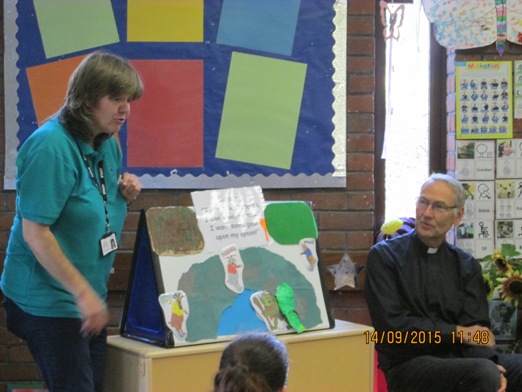 Our annual Harvest Supper was held on Saturday 12th September.     A report and photos from the event can be found here.