On Saturday 23rd January 2016, over sixty people gathered to enjoy an evening of Greek food, music, mini-Olympics, quizzes and dancing. Everything in fact except plate smashing. (Health and Safety left Mike only allowed to cut up a paper plate!) On arrival, we were asked to wear a name badge on which we had to write our names using the Greek alphabet. I wish I had a Classical education! 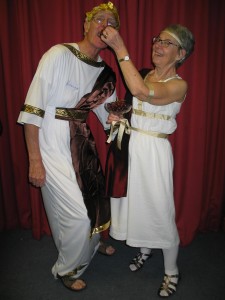 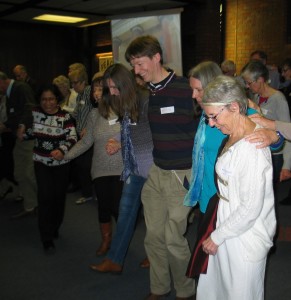 Moussaka was the dish of the day, served with a Greek salad, pitta bread and dips, followed by honey yogurt and/or gateau. Irene and Elaine’s hard work in the kitchen was much appreciated. A clip from ‘Mama Mia’ was played during the meal to add authenticity to the occasion! 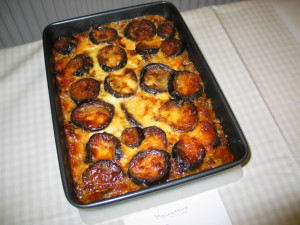 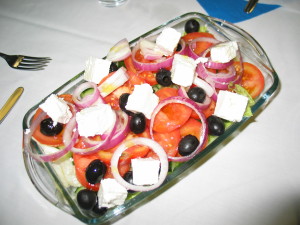 After the meal, Paul Cook enlivened the proceedings with the St James Olympics discus and javelin events featuring rapidly improvised objects to throw. The Olympics continued at table top scale alongside the reassembling of Greek pots. We finished the evening by dancing to the tune of ‘Zorba the Greek’, easy to start with……

Irene and Tony’s Tombola raised £84 and ticket sales £131, which will boost Church funds.   Thanks go to everyone who supported the event.